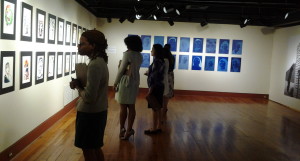 This 2014, each of the participating sites in the National Dialogues on Immigration project will be contributing to our blog post series, “Immigration: Our Stories.” This post comes from Levine Museum of the New South.

A few Charlotteans were asked: What is your definition of “immigrant”?

“Someone who has moved to a different place in hopes of a better future & life.”

“Someone who doesn’t have papers. They’re illegal.”

“Someone who takes our jobs.”

Immigrant. When people hear or see the word it ushers in connotations as varied, and experiences as wide, as the world we live in. From every spot on the globe, people are moving to the South, and as we at Levine Museum of the New South explore the changing demographics and historic shifts the region is encountering, we have felt the need to enter into true conversation around those becoming our neighbors, how they are being received, and what that means for our communities.

The National Dialogues on Immigration project has given us yet another platform to introduce this discussion to our community. Since January 2014, Levine Museum has launched exhibition-based dialogues that recognize multiple perspectives and the different backgrounds of local residents to explain the past, evaluate the present, and project the future.

Under the umbrella of Destination Freedom: Civil Rights Struggles Then and Now, our two-year exploration of legacies of the Civil Rights Movement, the Museum began hosting Out of the Shadows: Undocumented and Unafraid, an exhibit exploring the experiences and activism of undocumented students in the American South and the rest of the United States. The exhibit puts a face to an often “invisible” set of students. As part of the dialogues, in conjunction with a tour of Out of the Shadows, we use portions of our permanent exhibit Cotton Fields to Skyscrapers to explore the complexity of immigration and catalyze participants to consider how much migration and immigration has affected the South. From sharecroppers leaving the fields for the factories to African Americans leaving the South in promise of better social and economic prospects in the North and West during the Great Migration, forces have always moved families and mobilized populations.

This is not new, and yet immigration today seems to be so unfamiliar to us. Until participants pull back the layers in dialogue.

A few have shared their takeaways:

“This program led my peers to take noticeable interest in a controversial and often ignored topic.”

“It expanded my mind more on immigration. I never looked at immigration being more than just people who’re illegal.”

“It helped me understand more of what people go through and that I’m not the only one.”

“The dialogue program was valuable because it made me think.”

A couple more have tweeted about it:

So far we’ve engaged more than 125 participants in our dialogue on immigration—ranging from high school students and leadership groups to local nonprofits—with more to come. The conversations have been enlightening, affirming, honest. At a time when so much is lost in translation, where subtext erodes true understanding, we are delighted and encouraged to have The National Dialogues on Immigration project as a starting point to facilitate further questioning and understanding. 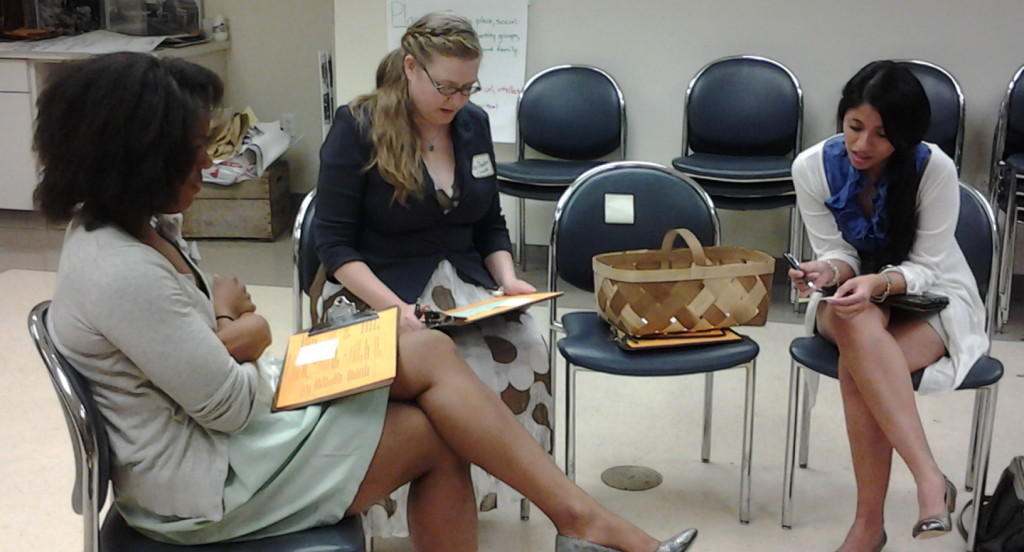 In September 2015, Levine Museum will launch its latest curated exhibit looking at the Latino influence upon the South and the South’s influence on Latinos. Our work with the National Dialogues on Immigration project will play a major role in helping us prime the community for more conversation as well as capture current sentiment.

As we chronicle the newest New South—a Nuevo South—Levine Museum is committed to building community through recognizing a shared history. We know we can’t possibly continue to contextualize the Southern story, or the American story, without fully understanding the immigrant story that shapes every chapter of it.

Levine Museum of the New South, located in Charlotte, NC, is an award-winning, interactive history museum that provides the nation with the most comprehensive interpretation of post-Civil War southern society featuring men, women and children, black and white, rich and poor, long-time residents and newcomers who have shaped the region. Through powerful exhibits, programs and dialogue our missionis to engage a broad-based audience in the exploration and appreciation of the diverse history of the South through the present day.