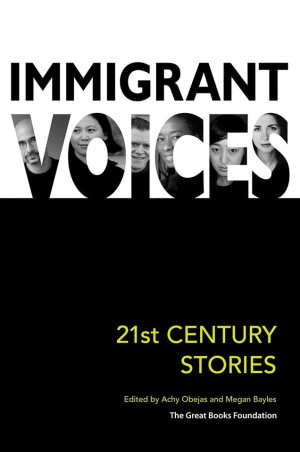 Immigrant Voices: 21st Century Stories, edited by Megan Bayles and Achy Obejas, is a newly released (March 2014) collection of fiction written by recent immigrants to the United States. It includes eighteen short stories “that speak to the experiences, concerns, and aspirations of those who have left their homeland for a new life in the United States” by well-known authors, such as Junot Díaz, Edwidge Danticat, Yiyun Li, and Aleksandar Hemon.

You can listen to a brief discussion of the new book with the editors on WBEZ’s (Chicago) Afternoon Shift here.

Women are fasting for immigration reform via MSNBC

Conservatives: No immigration riders in defense bill via Politico

Immigration detainees are in legal limbo via The Times-Picayune

Jeb Bush: Many illegal immigrants come out of an ‘act of love’ via The Washington Post

This entry was posted in Featured News, News. Bookmark the permalink.
← Exploring the Life of a “Go-Between” at Ellis Island
The Immigrant Nation Project →