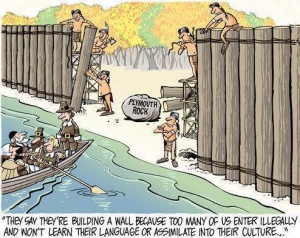 Immigration Reform Is a Black Thing, Too via The Root

In Immigration Action, the LGBT Community Once Again Feels Left Behind via National Journal

If you missed it, here is Obama’s full speech from November 20, 2014, where he explains the Executive Actions that he will take on immigration reform.