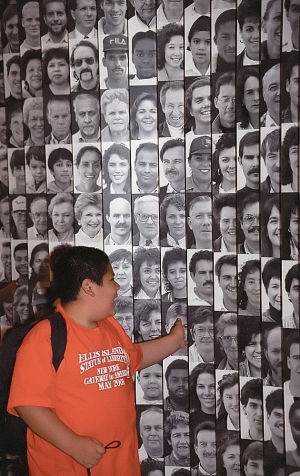 “Joel Cruz-Esparza has dedicated his professional career as a lawyer to addressing issues affecting immigrants in the United States. An immigrant himself, Cruz-Esparza was born in Torreon, Coahuila, Mexico, and grew up in Mexico City and Los Angeles, California. He believes that an exclusionary and restrictive immigration policy is not fair, has not worked in the past, and that only a human rights approach will lead to true immigration reform. He reminds us that all immigrants, past and present, have the same reasons for coming to our country. This talk was given at a local TEDx event, produced independently of the TED Conferences.” Watch here

Deportation Up in 2013; Border Sites Were Focus via New York Times

Cop To Immigrant During Traffic Stop: ‘If You Do Something, I Will Kill You Right Here’  via Think Progress

Scott Brown: Anyone with Ebola can ‘walk across’ our ‘porous’ border via The Washington Post