Talking about Immigration with Youth: Ethics, Equity and Empathy 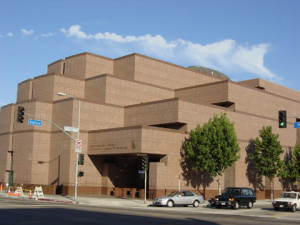 I’m an immigrant—a white one from Canada. When I tell this to people in California they find it interesting or quaint. With that kind of reaction it’s easy for me to discuss my native land: the cold, the healthcare system, or a favorite singer that Americans have never heard of. I have the privilege to discuss this aspect of my identity freely. The racialized tenor of immigration debates gives me a pass.

Los Angeles is one of the most diverse cities in the country with a high number of immigrants, and a higher number of undocumented immigrants than other areas. Biased and dehumanizing messages in the media about migration are heard by immigrant and non-immigrant children loud and clear. Many children do not know the full story of their status and most do not fully understand the political layers of the contemporary debates. Yet they are keenly aware of legal barriers and that it is not a safe topic for them or their families. They do not talk about immigration as freely as I do.

As part of the International Coalition of Sites of Conscience National Dialogues on Immigration project the Museum of Tolerance wanted to be part of a better conversation on immigration that helps to normalize and contextualize immigration for children. We created a new program aligned with 4th and 5th grade history curriculum based around the museum’s interactive Finding Our Families Finding Ourselves exhibit. The goal is to support classroom discussions on immigration applying an anti-bias approach. The program had to attend to the diverse experiences children have of immigration while challenging them to think critically about the subject. I will share a few of my reflections on the process of program development through the lenses of ethics, equity, and empathy.

The program begins with icebreakers, anonymous voting, and prediction activities to set the context and invite participation. The students then explore the exhibit which features sets and dioramas depicting a turn of the century immigrant experience, with artifacts loaned from the Ellis Island Museum in New York. Following this ‘journey,’ students enter beautifully designed rooms each one showcasing the personal story of a noted American, including: poet, best-selling author, historian and educator Dr. Maya Angelou; award-winning actor, comedian and director Billy Crystal; multiple Grammy winner and Rock and Roll Hall of Famer Carlos Santana; and National League MVP and former Manager of the four-time World Series Champions, the New York Yankees, Joe Torre. Their individual stories illuminate the history of migration that shaped their lives and the family members who inspired them. The program ends with art activities for self and group reflection.

Before students meet the celebrities in the exhibit, they encounter some more in the introductory anonymous voting activity. Students view the photos of a series of young pop stars and actors from their favorite movies to guess which one is an immigrant. They are surprised to learn that some of their favorite stars are immigrants. The discussion on young celebrities (and their varied immigration statuses) and older ones help connect past and present and explore the many reasons why people migrate. Later in the exhibit, the historical sets open up conversations on the differences between immigration then and now, underlining that immigration is a perennial aspect of the human condition and always will be.

The initial thinking about the celebrity stories was that they offered a compelling opportunity for students to reflect on the windows and mirrors to their own lives. It seemed a safe enough way to talk about immigration. It is for some, not all. In “Our Roots, Our Future” published by California Tomorrow, teachers working with diverse youths were provided a Tool for Self Reflection. Drawing on that tool the following questions come to mind for museum educators to ask themselves as they discuss the topic of immigration with children and youths:

• Do I know how the children identify culturally or which national origin is most comfortable to them?

• Do I know what parents want for children to know and discuss about immigration?

• Do I know if the youths are feeling any pressures that may contribute to anxiety over telling their family’s immigration story or cultural background?

Classroom educators have the chance to learn this over time and hopefully do. At museums, we typically don’t know these answers. We have learned from students (and their heartbreaking body language when a subject is too close to home) that no icebreaker or fancy exhibit will erase anxieties over immigration status and somehow make this a safe topic when it’s not. We resolved never to ask students the seemingly innocent question: “Is anyone here an immigrant?” Other people’s stories, in this case the celebrities, became a key focus.

Proceeding with caution cannot mean silencing the conversation. Equity based education requires that we not only make room for difficult conversations of contemporary significance but that we boldly advance alternative messages and realities. In this program, we built into the interpretation plan the overturning of specific ‘myths’ or assumptions that students often have. The exhibit presents opportunities to rethink these assumptions without naming them overtly. The point is not to plant them if they aren’t already there but rather to subvert them if they are. The assumptions the program addressed include:

1) Immigrants are less than or not ‘real’ Americans;
2) Immigrants take jobs from Americans;
3) The majority of immigrants in US are Mexican;
4) Latinos are mostly undocumented.

(Maureen Costello’s article “The Human Face of Immigration” and the related hand-out “10 Myths about Immigration” are important resources.)

Most importantly, the program strives to model appropriate language for positive conversations. Facilitators are mindful about using inclusive and expansive language such as referring to immigrants as “new Americans” and “neighbors” and point out the problems inherent in terms like “illegal aliens.” The subject is reframed for students in terms of family histories, opportunities, economic growth, fairness, and contributions.

We can make the experience about ‘just the facts’- even correct, assumption-reversing facts, to stay away from personal revelations. But my privilege comes to mind again. As a White lady from Canada with a green card I have the privilege to make immigration an academic discussion and can safely make bold activist assertions. But the fears and anxieties over documents and deportations, as well as the stories of triumph, are extremely personal for many.

The authority to interpret history means that museums have the ethical responsibility to humanize the people whose stories they tell. Immigrants are more than statistics, maps, and “workers” (as the textbooks emphasize so well). They are people with families, hopes, regrets, hardships, accomplishments, and senses of humor. The children and youths wading into these stories have their own stories too.

Although many students don’t recognize the older celebrities showcased, that’s okay! Their rich stories of journeys, love, longing, fame and success are suitably dramatic, and embody both the particular and universal. Through the Finding Our Families, Finding Ourselves exhibit, students realize that that there is no single story and there are many ways to think about what an immigrant looks like and acts like. Through the celebrity dramatizations children receive permission and affirmation to delight in those stories and in their diverse identities.