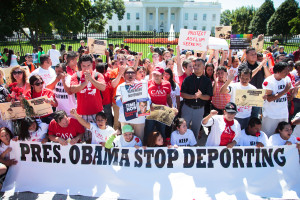 Summer passes without executive action on illegal immigration via CDN

Immigration Clash Could Lead to Shutdown via The New York Times

And finally – check out this new video for the #ALLin4RELIEF campaign called, “President Obama, We are #ALLin4RELIEF.” As part of New Yorkers for Real Immigration Reform, the campaign was sponsored by the New York Immigration Coalition.  “The video calls on the President to provide administrative relief for communities living in fear of deportation.” The campaign led to a town hall meeting last week on August 26, 2014 on immigration reform.