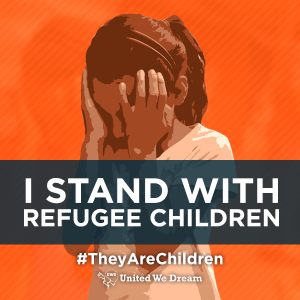 “As cases for unaccompanied minors make their way through immigration courts, the question of who qualifies for asylum is a big one. Judge Dana Leigh Marks has been an immigration judge in San Francisco for 27 years and is the president of the National Association of Immigration Judges. She talks about the decisions that immigration judges have to make and what the law says about who qualifies.”

This week, WNYC’s The Brian Lehrer’s Show featured, “Asylum on the Immigration Court Docket,” taking on the question, “who qualifies for asylum?” Listen here

In immigration news this week:

Cold Paradise: US Struggles with Wave of Underage Immigrants via Spiegel Online International

Open to Both Sides, Homeland Security Chief Steps Into Immigration Divide via The New York Times

What is being an American? Immigration activist Jose Antonio Vargas has some ideas via The Los Angeles Times

Based on an analysis of US government data by the Pew Research Center, BBC News offers a brief demographic explanation of “Who are the children crossing the US border?” Watch here:

This entry was posted in Featured News, News. Bookmark the permalink.
← Weekly Roundup, August 1st
What Does It Mean to be a Texan? →